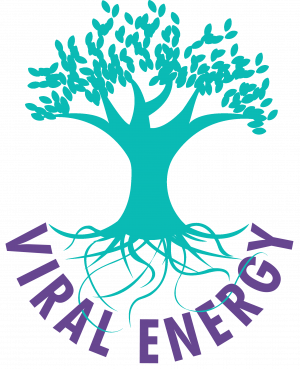 Introducing the future of personal development and planetary healing

The VIRAL ENERGY INSTITUTE was founded by author Penelope Jean Hayes as a response to readers of the book The Magic of Viral Energy who seek further understanding of viral energy and how it can be used for our greater happiness, empowerment, purpose-pursuit, and planetary healing, plus its applications to mindfulness, wellness, relationships, abundance, creativity, and expansion.

These lessons and practices may be embraced for personal development, Higher-Self attainment, and planetary consciousness, and are easily translated to the learner’s current vocational field as add-on teaching modalities and service offerings provided by professionals in healing arts, energy medicine, yoga, meditation, people management, all kinds of corporate work environments, and generally anyone who wishes to follow their highest dreams.

The VIRAL ENERGY INSTITUTE has a goal to help usher in a new consciousness of energy sharing and to aid humankind in our evolution from Wise Man to Enlightened Man.

The sharing of creation-energy, consciously and virally, is the newest spiritual and metaphysical philosophy, practice, and soul-set, and it shows us that we are the power to fulfill our dreams and purpose.

Viral Energy as a New Field of Study

The institute is dedicated to three unique purposes:

The Viral Energy Institute is a healing philosophy and community for those who are searching for deeper meaning, dealing with unhappiness or loss, and those who wish to supercharge their personal power and success in all areas of their life. Services include viral energy assessment; online courses and seminars; in-person group interactive talks on self-help; and one-on-one mentorship. The viral energy message and movement offer new-consciousness modalities for personal growth and the journey to true happiness and fulfillment.

The Viral Energy Institute is a school for those who wish to understand and utilize viral energy wisdom and tools to help others create the life of their dreams. Upon completing a Higher-Self education in the study of viral energy, individuals receive a degree as a Viral Energy Coach or Viral Energy Researcher.

In addition to the degree program, individual classes are offered, such as:

The Viral Energy Institute is dedicated to a new and evolutionary field of study to advance the enlightenment of the human species and our awakening to the contagious nature of energy and its impact on our personal happiness, Higher-Self development, interpersonal relationships, and global concerns. Researchers and students study viral energy as it impacts people and their relationships through interviews and questionnaires, case studies, and historical data, and then write research papers and blog their findings. Researchers and empaths study viral energy masses as they impact planet Earth: these are the light and dense energy “tumors” that exist on-large-scale over populations, communities, and industries, created through widespread and chronic light or heavy actions, practices, beliefs, and attitudes—all impacting the Earth energetically.

Among other topics of viral energy significance, the institute researches:

To participate in the discussion, join the Viral Energy Institute Facebook Group

Copyright © 2020 Viral Energy Institute & Do Unto Earth LLC.  All rights reserved.
Created with

Select a course first to display its contents.

No available contents for

There are no free, paid or coming soon courses in your school yet.
Why don't you create one?

Oops, your school's owner is working hard preparing the courses for you.

Oops, you haven't created any courses yet.

Wouldn't it be a good idea to create a course?

No blog posts found in your blog. Why don't you create one?